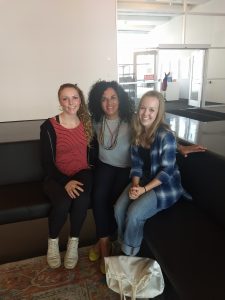 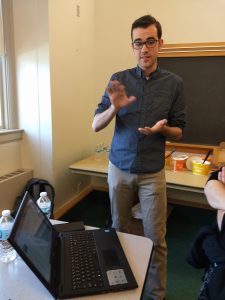 These are some photographs from our travels with HUM 195 Origins of a Liberal Arts Education (Spring 2016).  We visited  Rome, Padua, Florence, Madrid, Salamanca, Avila, Mexico DF, Puebla and Huehuetzingo during 4 weeks of intense travel and learning. We are extremely thankful to our generous donor and alum Susie McCurry ’71 who made this enriching experience a reality for our 15 first year students and Professor Pollnitz and Pérez from the History and  Spanish Departments respectively. 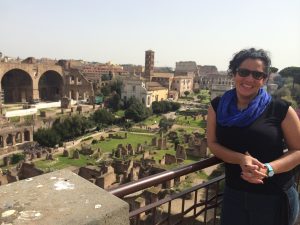 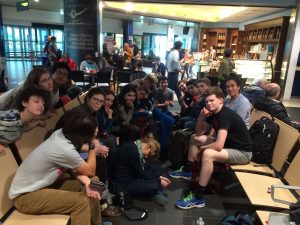 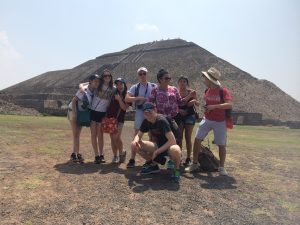 Spanish Habsburg Monarchs employed the founding of cities as a tool of imperial legitimacy in ways other emerging colonial powers did not, creating an “empire of cities” (Kagan). In Europe, established urban centers underwent political change and spatial redesign, often at the expense of older commitments, while a new court capital, Madrid, was dramatically transformed. In the Americas, Mexico City was reshaped out of the violent demise of Tenochtitlan, while Lima was founded as a new viceregal capital and strategic alternative to the old Inca capital of Cuzco.

This course will approach the comparative issue of the city in the Habsburg world, focusing in particular in Spain, the Viceroyalty of Peru and New Spain, and the Spanish colonies in Asia. The common denominator is the political construction and alteration of urban public space—how old communal spaces were remade into Baroque showcases of monarchical power and how, in overseas territories, urbanism was the cornerstone of monarchical legitimacy. Our end point will be the Baroque city of the seventeenth century and its transformed look, from grand public plazas to royal citadels and new fortifications. We will explore the political motives and economic implications of such spatial redesign.

Our analysis of colonial cities in America and Asia will address indigenous representations of urban spaces in Mesoamerican códices and how these artistic forms were adopted and adapted in colonial documents. Students will understand how sacred indigenous spaces were repurposed and redesigned to enforce religious and political conversion in the recently conquered communities.

We will study how foreign and local artists and intellectuals in the early modern era contributed to the representation of urban landscape of the Spanish Empire through written descriptions and visual representations depicting both entire cities and selected public spaces. These histories and portraits of cities allow us to examine, among other things, the history of cartography and chorography, ideologies involved in the aesthetic representation of cities, and evolving ideas about architecture and urban planning in the early modern Spanish world.

This interdisciplinary course will offer first-year students an opportunity to reflect critically on the global heritage of the liberal arts and sciences. We will travel to sites in the Old and New World where the study of the liberal arts and sciences flourished between circa 500AD and 1800AD. A central course question will be whether discussions about liberal education in this period offer us alternative perspectives on contemporary debates about its honor and utility.

In the early twenty-first century, the value of liberal education is publically doubted by politicians, businesses, many schools, and parents in liberal-democratic nations. Voices from both ends of the political spectrum question the value of liberal arts colleges. To some, liberal education is too left-wing and secular. To others, it is too western, white, male, privileged, and hetero-normative.Its critics rarely acknowledge that they are making use of a discourse that is much older than the liberal-democratic state, or liberalism itself. Indeed since the trial of Socrates at least, liberal education has been described by its detractors as good for nothing but corrupting the young.   Defenses of the honor and utility of the liberal arts and sciences are similarly venerable. Since Aristotle’s (384-322 BCE) Politics and Plato’s 428/427 – 348/347 BCE) Republic and Apology for Socrates, champions of liberal education have focused on the way that it teaches transferable discursive skills and critical thinking. Some argue, too, that it teaches citizenship and that it morally or even spiritually ameliorates its students to the general benefit of civil society.

This course will offer students an opportunity to examine the evolution of these debates and the way in which they shaped American educational institutions. During Spring Break, students will travel to Rome, where Cicero and other ancient Romans reshaped Greek pedagogy into a curriculum they called the studia humanitatis. We will examine the place of the liberal arts in the medieval university and the Italian Renaissance during stays in Florence, Padua, and Salamanca. During our second trip, to be undertaken after commencement, students will travel to Mexico City  to explore the translation of liberal education to the Americas.

Given the colonial origins of this method of education, we will ask how and why the liberal arts and sciences have played a greater role in higher education in the United States than in Europe. What was liberal education? What has it become? What sort of skills does it cultivate? How successful is it in inculcating ideology? Might excavating lost discourses concerning the liberal arts and sciences offer us a new perspective on current debates?

The views and opinions expressed on individual web pages are strictly those of their authors and are not official statements of Grinnell College. Copyright Statement.